At the start of the year, most of us had not heard of Covid19. Certainly, it was not part of my lexicon. Today it is one of the most recognized terms globally. Last time I checked, 234,218 people had died from the virus in the US alone and 1,187,734 globally.  For many, these are just disconcerting stats; for those who are affected either through disease or loss, it is a nightmare that seems to have no end.  I thank God that though the plague passed through my household, by a miracle of God’s mercy, my husband, who was given a death sentence is more vibrant, healthier and more alive than he was before he was affected. I am grateful that I, as an unprepared care giver, with not so much as a mask or gloves available at the time, remained untouched by the scourge. For me, it is a testament to the power of prayer.

In Eswatini, where SOHO is serving, many don’t have masks, and some share to meet Government regulations. Food shortages have been most keenly felt by children who got what often was a solitary daily meal at school. School was also a safe place, so abuse is  a greater threat than before.

I believe in shining a light rather than cursing the darkness.  SOHO’s  feeding program at Mhlosheni Welcome Place is serving 150 children. They line up in shifts, social distancing, collecting their food and returning to their homesteads to eat.  Close to the center of town in the Nhlambeni area, SOHO has been providing food from INTSABA farm for another 145 children. 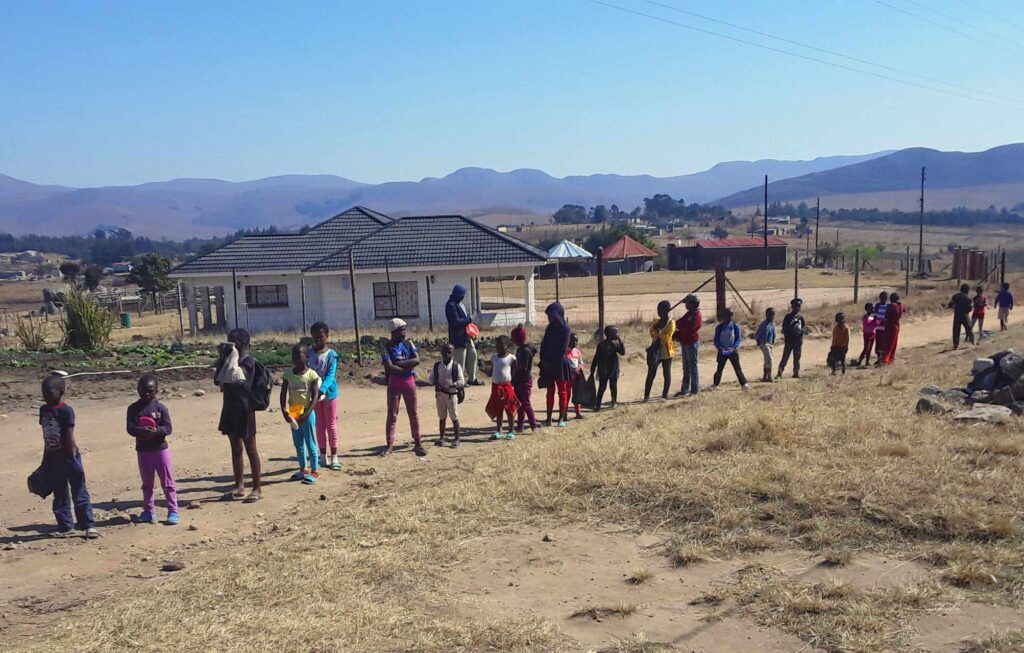 Children line up to receive food. 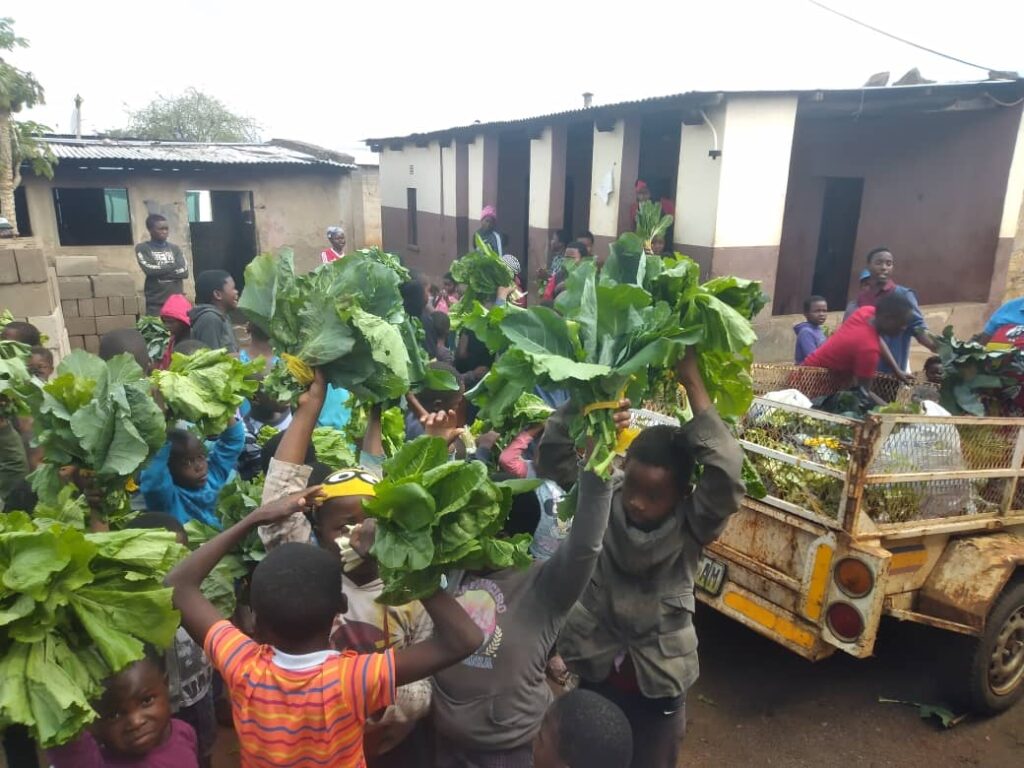 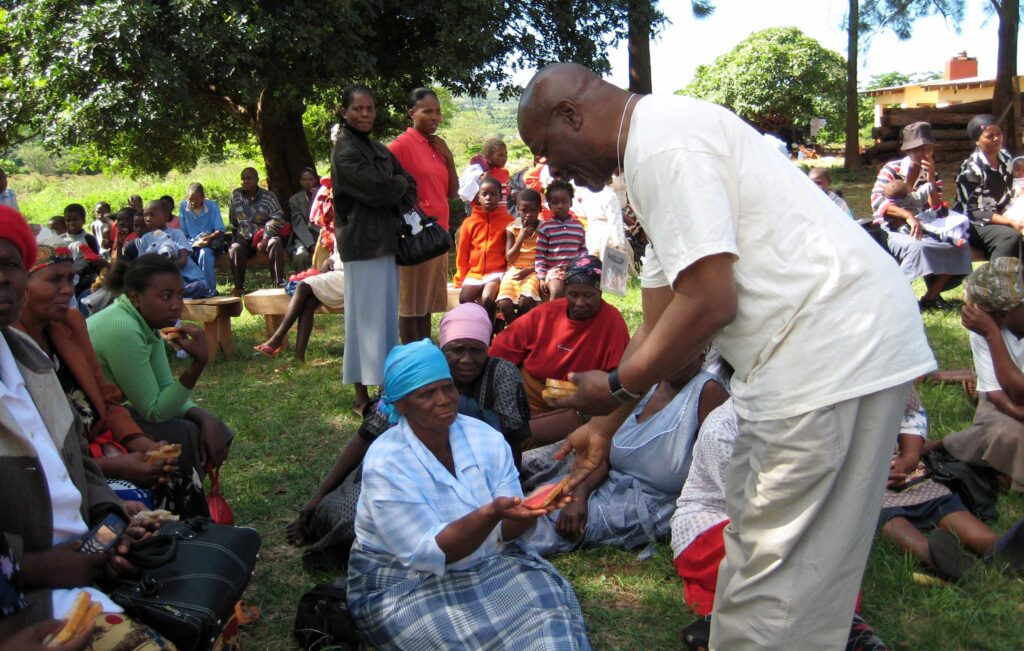 Phillip Prime has volunteered and supported SOHO from the start.

INTSABA farm is located between two chiefdoms in the Shiselweni region of Eswatini, with more child headed households there than anywhere else in the country. The chiefdom closest to the farm has ten feeding centers. Produce from the farm has fed 200 children from just one of the centers.  The second chief whose territory is larger, has yet to be visited and he has a greater number of feeding centers.

There is so much to be done, but thank God and thank you, our light is shining. We want to do skills training at Mhlosheni, and send more children from Marekamp to Hope Discovery Learning Center when school opens at the beginning of the year.   We need your involvement, your support, to build this Children’s Village at INTSABA.  For starters, the ‘Suicide Road’ is being replaced by a safe new mile-long road for which we have raised $40,000 of the $60,000 to get the full project complete. We’ve engaged the builder on faith so he could get the job done before the heavy rains become a problem. We still need $20,000 to cover that cost when the job is done end of November.

This Giving Tuesday, As you plan your gifts for this last quarter, consider being part of positive change. You may be constrained by Covid19 regarding your work and travel but you can change the world right where you are! It is not the weight of the load that matters, but the number of wiling hands carrying it.