In the wake of the Covid pandemic, Eswatini (formerly, Swaziland) has been staggering beneath double blows. Fifteen years ago when SOHO began as a ministry to a staggering population of orphans in the small kingdom, one third of the country was affected by HIV/AIDS and until two years ago, the country had the highest HIV/AIDS prevalence rate in the world. Today, with a prevalence rate of 26%, the country with a population of 1.2 million still struggles to meet the needs of 120,000 plus orphans and vulnerable children. 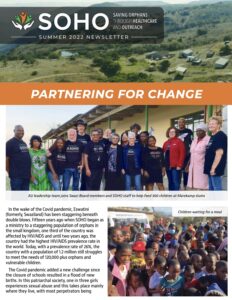