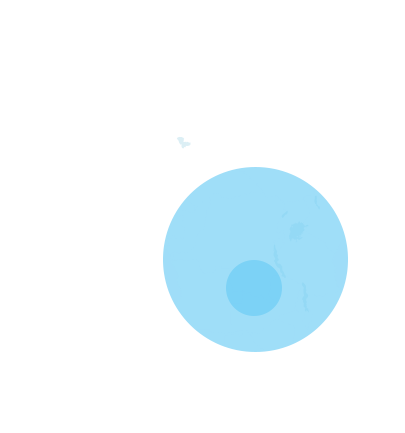 Who Are The Hope Seekers?

In just five years, SOHO’s initiatives to aid child-headed households have given new hope to numerous children. Yet these children, and thousands more are still overwhelmed by the struggle for survival. With their childhoods stripped away, and their lives hanging in the balance — they have no vision, no voice, and no sense of self-value. Yet, we call them ‘Hope Seekers.’

We will tell the stories of the children, and in doing so, give them a voice. Until they find their voice, we will lend them ours.

A child is thirsty, walking miles to find a water source shared by goats and cows.  The rancid smell of the water, and the slimy film on its murky surface do not stop the child from having a drink.  To a desperate child, water is water, and the thought of starting a fire to boil the water before drinking seems impractical when the thirst to quench is pressing and immediate.

The numbers of orphaned children and their abject poverty contribute to their tolerance and indifference towards their circumstances.  It is the same tolerance, and indifference that perpetuates and exacerbates HIV/AIDS infection and the cycle of child-headed households.

Read through their stories to better understand their courage, resourcefulness, their needs, and the difference SOHO and it’s supporters make in their lives. 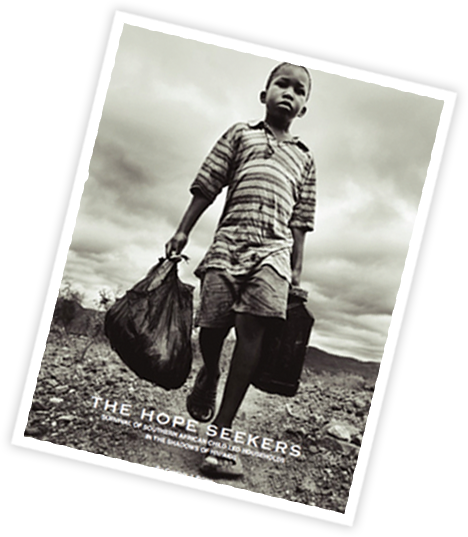 The Hope Seekers, Survival of Southern African Child Led Households in the Shadows of HIV/AIDS — introduces the growing population of child headed households in the most memorable fashion. Cynthia Prime, CEO and Co-founder of SOHO states, “A picture is often worth a thousand words, but there are times when pictures, as striking as they may be, and words, no matter how descriptive and impacting, are inadequate to capture the dynamism and poignancy of the subject matter.

Understanding and appreciation can only come about when the visual experience is internalized.” With compelling photographs and moving narrative, the courage, ingenuity, humor, and pathos of the children are captured.  In this book, “statistics” become real, eyes look into yours, stories that draw you intimately close to where these children live, how they live, engaging you in their quest for sustainable life.

Acting as the “springboard” for the campaign, copies of the book will be distributed in order to the build awareness and the resources necessary to create measurable change in the lives of the children. Your contributions make a difference.  Those who give $100 or more will receive, as a token of our thanks, The Hope Seekers, Survival of Southern African Child Led Households in the Shadows of HIV/AIDS. In accordance with IRS policies, your donation is tax deductible minus $15 dollars per book. Download the book promo.

The Hope Seekers Student Movement engages high school and  college age students to be the “Champions of Change” in the lives of their international counterparts.

Driven by genuine compassion and the urgency of the needs of the children, students will engage peers and a public audience through social media, film and photography, awareness building, and fund-raising events, and overseas “hands on work” in Swaziland.  Academic institutions that currently support SOHO include: Ball State University, Andrews University, Butler University, Indiana University-Purdue University, Indianapolis (IUPUI), and Nova Southeastern University.

Creativity has no limits–youth can accomplish anything when given an opportunity to apply their talents and passions in a field that interests them.