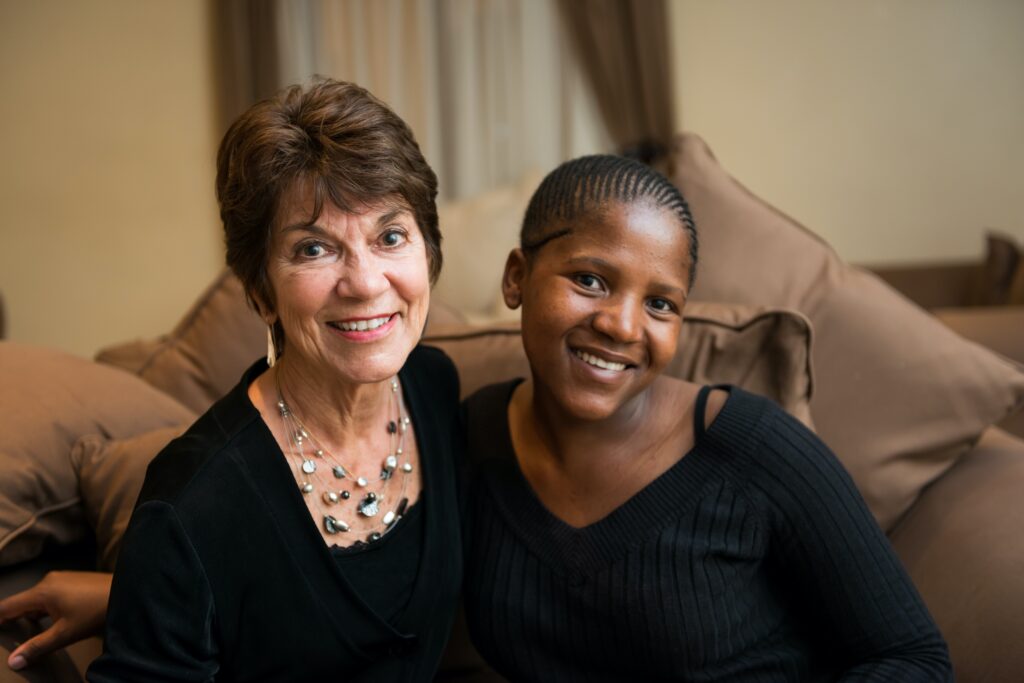 My name is Nomathemba Mthembu. I lost both of my parents on the same day and my world crashed in front of me. My parents loved me and gave me security and they never treated me less because I am a girl. The loss was unbearable. To make matters worse, people, even relatives, came in and took away all of my parent’s resources leaving me without support. Like so many orphans, I moved from homestead to homestead trying to stay in school. I became so depressed, I tried to hang myself once, took pills another time and tried to commit suicide four times! It still is amazing that I didn’t succeed. I got angry.

I was fortunate as a girl child to have parents who wanted me to have an education. My dream was to become a doctor. I remember the day a teacher saw me waiting at the end of the orphan line for help. He looked at me and said” You’re useless!” I made up my mind I would never stand in an orphan line again. I dropped out of school to try earn school fees and eventually got back into Nkhaba High School where the Principal treated me like a daughter.

I graduated first in my class and that is when I met Miss Carole Evans from SOHO , who took an interest in helping me. I got into college on a scholarship, and she worked with me all the way through my bachelor’s program. I became part of the SOHO family.

After graduating, I had a difficult experience that threatened all the dreams I had for myself. SOHO provided support and saw me through. I have just earned a Masters Degree in Biology and serve as a teacher. I thank God for my SOHO angels and do my best to give back by volunteering when I can. 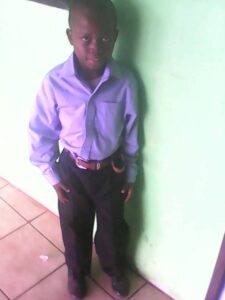 Ncamiso Mkhwa is the youngest of six children. His siblings had health complications including TB, HIV and malnourishment. Ncamiso was born with a physical defect of the urinary tract and a hernia, and when medical volunteers from SOHO encountered him at a clinic, his gender was indistinguishable. He was a ‘double’ orphan since he had lost both parents.

The Australian team of volunteers ‘adopted’ this child and have assisted him with his journey through childhood. They have paid for his travel, continence aids, schooling and whatever support was needed as he made his pilgrimage with his dedicated care giver, Gogo Tsabile Similane from eSwatini to South Africa. Over time, his hernia was repaired and multiple surgeries performed to correct genital malformation. In 2011, he began attending an English speaking school where teachers could protect him from incessant bullying. SOHO took care of his school fees, uniforms and bus fares.

Small for his age, he wore two pairs of trousers to prevent leakage, but maintained a cheerful disposition. At the age of 13 Ncamiso still requires doctors’ visits as they work with him to solve the urinary tract defect once and for all. Ncamiso wants to be a preacher and a teacher, he says. He has not allowed bullying to prevent him from becoming an excellent student and a positive role model. SOHO is committed to partnering with his Gogo Nde, as he calls her, to continue the journey to health no matter how long it takes. For their dedication, SOHO thanks our Australian donors. 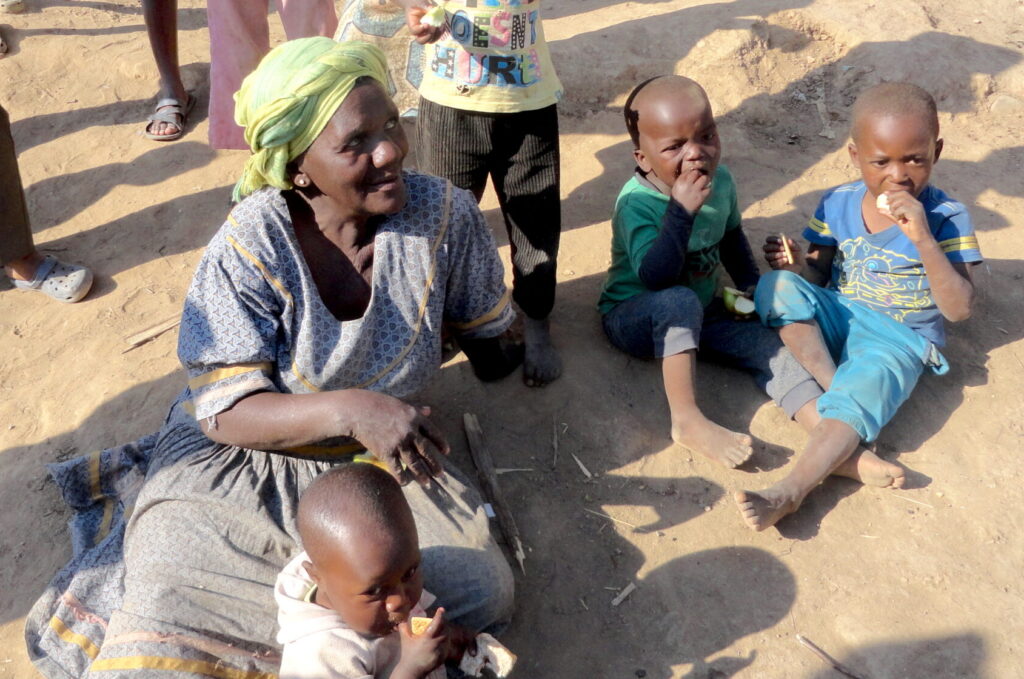 Gogo Gracie is an elderly granny with seventeen children of varying ages in her care. Like so many of her peers, she buried daughters and inherited their offspring, sharing the postage stamp sized single room with all of them. They sleep eight to a rickety bed or on the floor. Comfort is missing but food is in even scarcer supply.

When a SOHO visited the family, the youngest, a baby of six months was severely malnourished , with kwashiorkor. High nutrient formula was developed for the baby and food parcels are regularly supplied to supplement the family’s limited Resources. Gogo Grace’s family is among the 350 people who benefit from the food parcel program.