‘Gogos’ also known as ‘grandmothers,’ play an important role in lives of the children we serve.  In our experience, when children are abandoned by family members, or left orphaned because of AIDS, it is up to this elderly population to take care of the youngest generation of their village. We have met Gogos who have as many as 11 children they are responsible for.

Recently media outlets like the New York Times are reporting a growing issue in Swaziland—in order to support their families an increasing number of Gogos are growing and selling marijuana. Swaziland Marijuana, also known as Swazi Gold, is highly potent and valuable making it high in demand by surrounding countries. Crops of ‘Swazi Gold’ are selling at a much higher rate than corn. A grandmother interviewed by the BBC revealed that for a sack of marijuana she is able to receive over 500 dollars, while a sack of corn will only provide her 22 dollars. That money stretches far and is able to cover her seven grandchildren’s school fees, clothing, shoes, and soap. 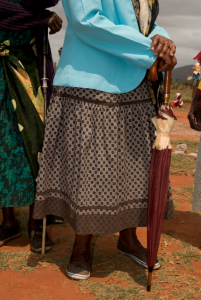 To keep their activities hidden from the authorities, the Gogos have to grow their crops in the woods. The combination of distance and land workability is hard on their labored-bodies, but that does not stop them. Even during harvest season, when the local police are on high alert, and have been known to burn down entire crops. Yet the Gogos continue to work their illegal crops.

When interviewed by the New York Times, grandmother Khathazile, discusses how she does not wish to sell weed, but it is her only way of supporting her 11 grandchildren. This situation highlights the need for viable initiatives that provide economic empowerment for Gogo’s like Khathazile, a concern we share.