SOHO
SOHO News
No Comments on Between the Sphinxes 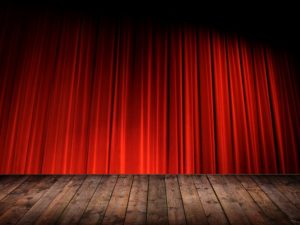 © Photo by Libracesp of Pixabay.com

In the Walker Theatre, two decorative Egyptian sphinxes preside over the stage, their faces peering calmly out to the velvety red seats of the audience, their great lion paws stretching before them. In Greek mythology, the sphinx was a terrifying creature that stopped travellers outside the city of Thebes and demanded of each the answer to an impossible riddle, strangling and devouring poor passersby who did not offer the correct response. The sphinxes at the Walker Theatre, thankfully, are nowhere near as frightening as this mythological beast, but they still seem to ask the audience questions, looking patiently from face to face while waiting for reply.

At 3 p.m. on Sunday, May 20th, Saving Orphans through Healthcare and Outreach (SOHO) teamed up with Women4Change Indiana and the Madame Walker Theatre Center to produce We Will Rise: a Concert for Social Transformation and a Tribute to Glenn Stanton White. I, a lowly intern who had begun to work at SOHO only three days before the concert, arrived at the theater at 12:30 and spent the next two and a half hours scampering through the dressing rooms from one gofer task to another. Though I have lived most of my life in central Indiana, I had never been inside Walker Theatre; I had never imagined that my first visit would entail more time running around backstage than it would watching a performance. Though I knew I was involved in something important, I struggled to feel that as I scurried back and forth to deliver an old pair of pocket scissors from one group of performers to another.

It wasn’t until I settled down in the back of the theater to watch the concert that I understood the importance of this event that I’d stumbled into helping with. The program, emceed by the animated Hoosier opera singer Angela Brown, was a testament to the unity of humanity from first to last, embracing beautiful music and dances from all corners of the globe. Speakers included Cynthia Prime, CEO of SOHO; Christina Hale from the Indiana House of Representatives District 87; Rima K. Shahid from Women4Change Indiana; and Dr. Dawn Baston, Director of the empowering Strong as Steel Yebo! music program. The concert also paused for a tribute to Glenn Stanton White, a prominent Indianapolis actor, teacher, and humanitarian. I could not help but think how perfect it was that this event unfolded on the stage of the Walker Theatre, a building that has long stood as a monument to diversity and beneficence in the Indianapolis community.

There is, I’ve always felt, something holy about music and dance, how graceful movement can set my blood to singing or how chords strummed at just the right tone in just the right sequence can brush gooseflesh across my arms. There’s more to the holiness of music and dance than personal gratification, though. At their purest, they are the great inviters: no matter your politics, your religion, your creed, or your race, can you resist singing when “Bohemian Rhapsody” comes on the radio, or can you repress that flying feeling when you watch a ballerino bound deer-like through a dust-mote-shimmering spotlight? In music and dance, each of us is called to something beautiful—unconditionally. And when we recognize that all humanity is meant for something beautiful, how can we do anything but defend each other’s dignity, protect the secret songs and dances living in each other’s hearts?

Between the sphinxes at the Walker Theatre, my fellow souls revealed their songs and dances to me, and I am grateful. I appreciate the bravery it takes to reveal the inner music of the soul. And now that I think about it, I know the question that those sphinxes’ eyes were asking me: what am I doing to keep alive this music of my neighbors, who I am called to love as myself?